New Delhi, Apr 27 (PTI) Education institutions, shopping malls, religious places and public transport are likely to remain shut beyond May 3 when the ongoing lockdown due to coronavirus pandemic is slated to end, officials said.

There were enough indications to this effect at the three-hour-long meeting of chief ministers convened by Prime Minister Narendra Modi on Monday.

In the green zones districts, limited private vehicles may be allowed to ply but full scale train and air services are unlikely to start anytime soon, an official privy to the developments said.

There is a possibility of regulated train or air services after mid-May between some designated places depending on the COVID-19 situation.

Schools, colleges, shopping malls, religious places and public transport are likely to remain shut while a ban on public and social gatherings is also expected to continue beyond May 3, the official said.

A final decision on lockdown will be taken during the weekend, officials said on Monday after the meeting on the strategy to fight the coronavirus pandemic.

At least five chief ministers out of nine who spoke during the video conference strongly pitched for the extension of the ongoing lockdown beyond May 3 while a few advocated a cautious relaxation in curbs with limited activities in COVID-19 free districts.

Odisha, Goa, Meghalaya and a few other states are in favour of extension of the lockdown for a few more weeks, while some states suggested staggered relaxations in ‘green zone’ districts, where there has been no COVID-19 case in last 28 days, the official said.

All chief ministers are in agreement that lockdown exit has to be gradual and that too after adopting all precautions or ‘shock absorbers’, they said.

The prime minister has conveyed that the coronavirus danger is far from over even though India could save thousands of lives by declaring a lockdown at the earliest, but everyone concerned has to maintain a constant vigil, another official said.

The decision on the future course of action, beyond May 3, will be taken not before Saturday, the official said.

The issue of migrant workers was also raised by a few chief ministers who sought relaxations for the safe return of those stranded in other states.

This was the fourth meeting of chief ministers convened by the prime minister since the lockdown started on March 25.

Chief Ministers of Kerala and Punjab did not attend the video conference.

The lockdown was first announced by the prime minister on March 24 to check the spread of coronavirus pandemic. It was further extended till May 3. PTI ACB RT 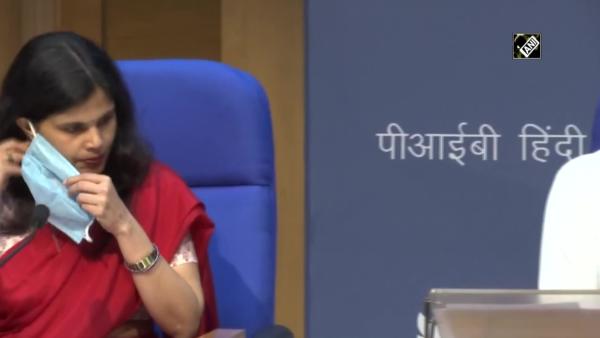 No fresh cases of coronavirus reported in 16 districts since last 28 days: Health Ministry