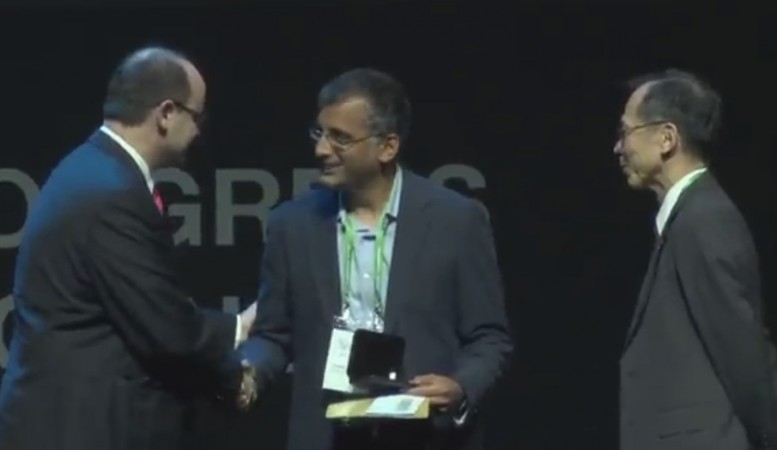 Indian-origin Australian academic Akshay Venkatesh has been awarded the Fields Medal, which is often called the Nobel Prize of mathematics. The award to the 36-year-old academic was announced on Wednesday at the International Congress of Mathematicians in Rio de Janeiro.

Venkatesh, who made a mark as a child prodigy, is a professor at Stanford University and is set to move to the School of Mathematics of the Institute for Advanced Study at Princeton on August 15. He is the second Indian-origin mathematician to win the prize after Manjul Bhargava, a Princeton University professor, who received it in 2014.

The prize carries a gold medal and an award of Canadian $15,000.

Ali Nesin of Turkey was awarded on Wednesday at the Congress another prestigious award, the Leelavati Prize sponsored by Infosys for increasing public awareness of mathematics. Nesin is the founder of the Mathematics Village, a unique institution offering short immersion courses in mathematics for high school and college students.

The prize is named for the treatise of 12th-century mathematician Bhaskara II and carries a Rs 1 million award.

He won India’s SASTRA Ramanujan Prize, founded by Shanmugha Arts, Science, Technology and Research Academy (SASTRA) in Tamil Nadu in 2008 and the Infosys Prize given by the Infosys Science Foundation in 2016.

At 16, he started his post-graduate studies at Princeton University and completed his PhD when he was 22. He was previously an instructor at Massachusetts Institute of the Technology, and an associate professor at New York University.