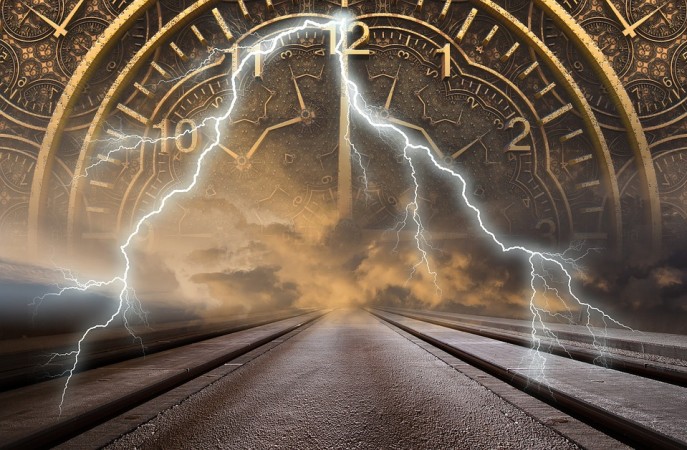 Noah, a self-proclaimed time traveler who became popular with his videos on YouTube conspiracy theory channel ‘Apex TV’ has now claimed that the government is in a killing spree. As per Noah, authorities have started murdering people who expose secrets regarding time-traveling technology.

In the recently released video, Noah blatantly talks about the time travel experiments carried out by the government. Even though he did not specify which government, his accent reveals that he is referring to the US government.

“I know them enough that they will come and kill you guys if you said anything about this. I know how to keep my own. They would kill you fast. Trust me,” said Noah.

Noah claims that he is apparently from the year 2030, but is now stranded in 2018. He also added that he is the part of a very secretive government program.

“It was us going through the usual process of going back in time and I was remembering when I was woken up and told we were not to resume time travelling anymore and we were stuck,” explained Noah about how he got stranded in the present.

Noah was apparently hypnotized while he made these claims. In the recent video, he also talked about the inevitable World War 3 which will be fought mainly between North Korea and South Korea.

The video which was uploaded four days ago raked in more than 34,500 views as of now, and viewers were quick to share their thoughts regarding the testimonials made by Noah.

Even though most of the comments in the video are positive, some people claim that these time travel videos from Apex TV are all fabricated.

“Does he have any ID with him showing a future date? Does he work? How is he getting money to eat? Does he have a place to live? Why is he hiding his face?… So many questions,” commented Dominic Desforges, a YouTube user.

“That was such bad acting and I thought if you are under hypnosis, someone asks you questions and you answer not just talk in your sleep it just seems fake to me,” commented Zach Varano, another YouTuber.