In yet another rail accident in Uttar Pradesh, seven coaches of Howrah-Jabalpur Shaktipunj Express derailed near Obra in Sonbhadra district.

No one has been injured in the accident. Railway officials and relief, rescue teams are at the spot.

Fourteen coaches of the high-speed Kalinga-Utkal Puri Haridwar Express jumped the rails, with one of them crashing into a house adjacent to the track near Khatauli in Uttar Pradesh’s Muzaffarnagar on August 20, killing at least 23 people and leaving several others injured. The train was coming from Puri in Odisha and going to Haridwar in Uttarakhand, normally a journey of about 36 hour. 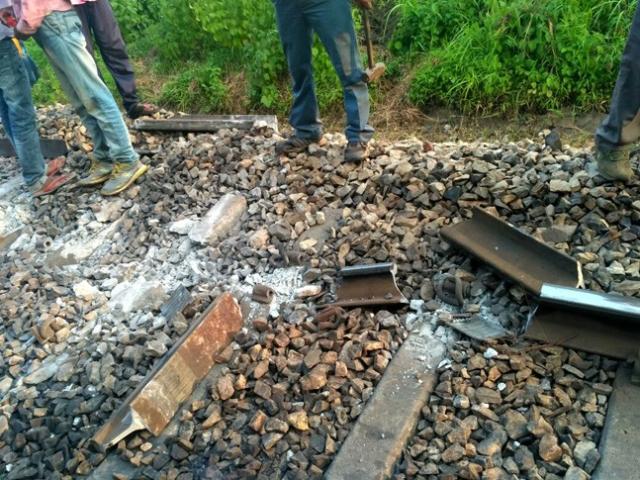 Broken railtracks at the accident site.

Three days later on August 23, nine coaches of the Delhi-bound Kaifiyat Express derailed in Auraiya district of Uttar Pradesh after the train collided with a dumper, leaving at least 25 people injured.

Hours after the Kaifiyat Express derailment, the then Railway Minister Suresh Prabhu offered to quit. However, he was asked to wait by Prime Minister Narendra Modi.

In a series of emotional tweets, Prabhu said he was “extremely pained” by the two derailments in Uttar Pradesh.

“In less than three years as Minister, I have devoted my blood and sweat for the betterment of the Railways. Under leadership of PM, tried to overcome decades of neglect through systemic reforms in all areas leading to unprecedented investment and milestones,” he said.

Another train accident, another probe ordered: How can Indian Railways resurrect itself?

Kalinga Utkal Express derailment: All you need to know in 7 points

Kalinga Utkal Express derailment: Why Indian Railways is not able to fix the issue of passenger safety