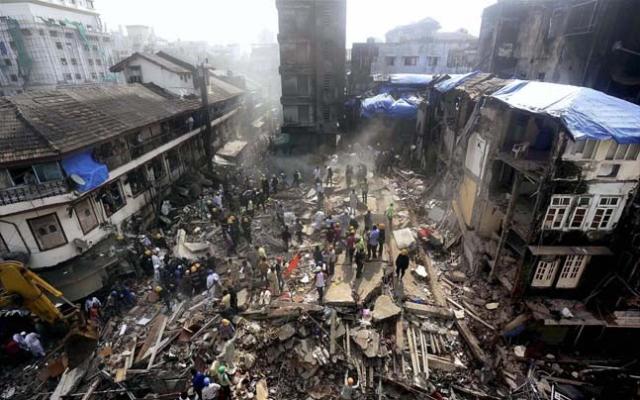 In the worst building crash this monsoon, at least 33 people were killed and another 14 injured when a 117-year-old, five-storey residential building collapsed in Bhendi Bazar area of south Mumbai.

The victims include 23 men and 9 women. Many are feared to be trapped inside the debris. Rescue operations are underway at the accident site.

The building collapse in Bhendi Bazaar was the second major such incident reported in Mumbai this monsoon. Twelve persons were killed and several injured when a residential building collapsed in Ghatkopar last month.Experts said rains could have made the foundation of the Hussaini building in Mumbai weaker leading to its crash.

In June 2013, a five-storey building collapsed in Mahim area of Mumbai following two days of incessant rain. The incident claimed 10 lives and injured another seven people.

HERE IS ALL YOU NEED TO KNOW

Century-old building collapses in Mumbai’s Bhendi Bazaar, 24 dead. Did rains made it weak?