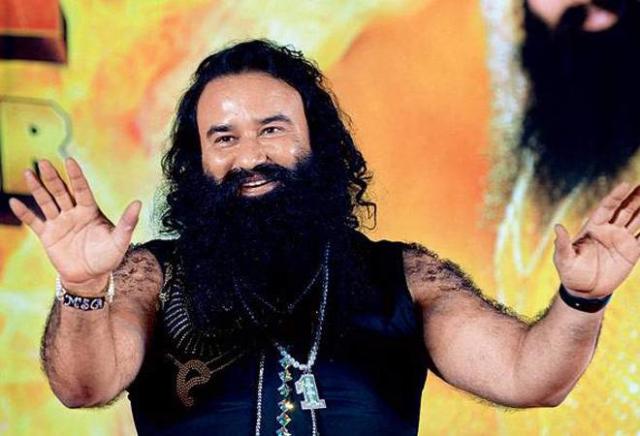 All eyes are on the Panchkula CBI court today which will pronounce a verdict in a sexual exploitation case against Dera Sacha Sauda chief Gurmeet Ram Rahim Singh Insaan.

Ram Rahim is the chief of Dera Sacha Sauda, which was started in 1948 by ascetic Mastana Balochistani. The Dera Sacha Sauda describes itself as ”spiritual organisation”.

The sect claims to have more than sixty million followers, mostly Dalit Sikhs. Baba Ram Rahim has a massive following, especially in Punjab and Haryana. He was born in Ganganagar in Rajasthan on August 15, 1967. He was born in a farmer’s family.

The sect has property worth over billions of rupees. According to a report in The Financial Express, Dera had daily income of Rs 16,44,833 three years ago.

Dera Sacha Sauda and the organisations related to it enjoy tax exemption under Section 10(23) of the Income Tax Act, 1961.

The Dera Sacha Sauda has been involved in public service activities such as large-scale blood donation camps and rehabilitation centres.

The self-styled godman has also directed and acted in movies such as MSG: The Messenger of God, MSG 2 the Messenger, Jattu Engineer, Hind Ka NaPak Ko Jawab and MSG The Warrior Lion Heart .

Baba was the lead choreographer, singer, director and producer in these movies. The Baba has also released several albums glorifying himself which have been welcomed by his followers.

Singh is a man of style and owns a Range Rover SUV and usually has a convoy of 100 vehicles following him. Gurmeet Ram Rahim Singh is one of the 36 people in India who get a VVIP Status and a Z level security cover.

The Baba ranked 96th in the Indian Express list of 100 most powerful Indians in 2015. In a report then, the newspaper said, “Besides having five crore devotees, he has sold over 10 million CDs of his album Love Charger and has turned filmmaker-actor. His debut film, MSG, released amidst much hype. Politicians from Punjab and Haryana seek his blessings before polls.

He got BJP to sign an affidavit supporting his social work before he lent them support in the Haryana polls. He is shooting the MSG sequel and has said he would adopt acid attack victims to help them.”

In 2007, Ram Rahim mocked the 10th guru of Sikhs – Guru Gobind Singh by dressing up like him. This led to violent clashes between Sikhs and Dera Sacha Sauda followers. Several districts of Punjab were placed under curfew for around 10 days.

The case for which the Baba is in news today is related to the sexual exploitation of two female followers of Dera Sacha Sauda. In 2002, these followers sent an anonymous letter to the then Prime Minister Atal Bihari Vajpayee, accusing the dera chief of sexual abuse.

Consequently, the Punjab and Haryana High Court ordered a CBI probe into the incident on September 2002.