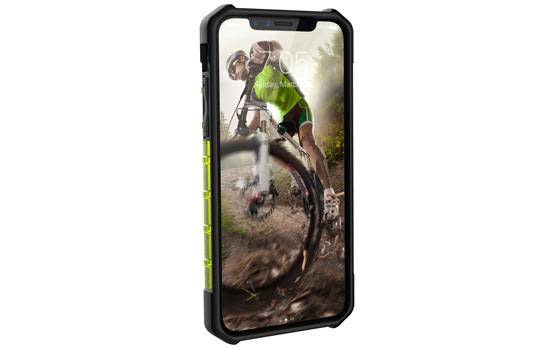 While the iPhone 8 has been dubbed the anniversary edition, and it is likely to cost upwards of $1000, Apple is also said to be working on the iPhone 7s and the iPhone 7s Plus, which will be the updated variants of the current iPhone 7 and the iPhone 7 Plus. These two iPhones will also be priced lower.

As the launch nears, there are a number of leaks and hints that have already given the world a quick look at the next iPhone. The iPhone 8 from this year’s iPhone models is the one is where Apple is set to make some of the most radical changes. In fact, some of the changes such as replacing the iconic Home button with a virtual button, are aimed at a complete makeover of the iPhone for its 10th anniversary.

There are reports that iPhone 8 could be the most expensive iPhone from Apple. A report from NYT also claims that the device could be priced around 999 dollars which is TRs 64,000 approximately.

A report from KGI Securities analyst Ming-Chi Kuo claims that the iPhone 8 and iPhone 7s Plus could come with 3GB RAM while the 7s would sport only 2GB RAM.

Only yesterday, we saw a report that suggested that the iPhone 8 could also have a 512GB storage model. A 64GB and 256GB model are already in tow.

A leak from GeekBar also reveals that the iPhone 8 could come with varied flash storage. The Chinese tipster predicts that the 64GB nd 256GB could have Toshiba and Sandisk’s flash while the 512GB could come with chips from Samsung and Hynix.

The developers have dug out from Apple’s HomePod’s firmware that the iPhone 8 will come with a Nokia-like tap to wake feature which will allow users to unlock the smartphone with a single or double tap of the finger.

3D Face ID that will unlock phone in millionth of second

The iPhone 8 is expected to come with a powerful 3D face ID that could unlock the phone in millionth of second. The feature will be paired with an infrared sensor that will make the face recognition work in dark as well. That will be something radically new. A pictorial representation from Mark Gurman of Bloomberg, shows that the 3D facial recognition feature in the iPhone 8 could also be used to make payments. Other new features confirmed in the picture include- rear cameras are re-engineered for better AR app experience.

Virtual home button that can also be resized

This has been rumoured in past also and the same Bloomberg copy also shows that the upcoming iPhone 8 could come with a virtual home button. So no physical home button this time.

Also Read: iPhone 8 may launch on September 12, new 512GB variant could be introduced this year

According to a tweet from developer Steven Troughton-Smith, the iPhone 8 will come with a virtual home button that can be resized or even hidden as per the need. Further, Troughton states that there is no API to change colour which means that the indicator for the virtual home button area could be hard to differentiate as it may have the same colour as that of the background.

Dual cameras on the back

Another thing that is certain with the iPhone 8 is that it will sport dual cameras at the back, similar to what we have seen in the iPhone 7 Plus. One of these cameras will use telephoto lens, again something we have seen in the iPhone 7 Plus. But unlike the current iPhones, the iPhone 8 is likely to get new image sensor for its cameras. The image sensor is one area where the iPhone is lagging behind phones like Google Pixel, Galaxy S8 and HTC U11. There are hints — Robert Scoble, a tech blogger in the US noted it recently — that with the iPhone 8 Apple is hoping to come out with the phone that will beat Google Pixel in mobile photography.

Further, the phone will sport a glass body and flaunt a bezel less design.

Apple is expected to add a faster A11 processor in all the three upcoming iPhones- 7s, 7s Plus and iPhone 8. There are talks that the A11 chips have already reached the iPhone assembly plants. The A11 processor is built using a TSMC’s FinFET process. Taiwan Semiconductor Manufacturing Company (TSMC) is the only supplier of this new chip. Reportedly, TSMC has entered into an exclusive deal with Apple for A11 chip supply. The A11 processor is faster than the A10 processor seen in iPhone 7 and 7 Plus.