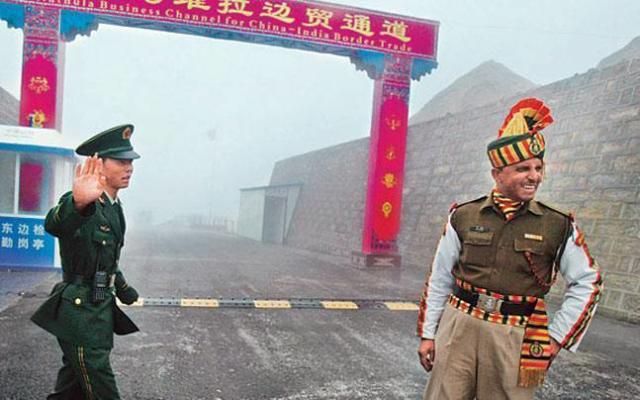 Any escalation of tension between India and China on the Dokalam standoff will be potentially “very disruptive” for the countries of the region and both sides should try to resolve the issue amicably, the United Arab Emirates said today.

UAEs Minister of State for Foreign Affairs Anwar Gargash said his country has been keeping an eye on the issue and hoped that both the great powers will find a way to resolve it.

During the meeting, Swaraj requested Gargash to ensure welfare of Indian workers in his country and address their grievances. To which, he assured that the UAE government will sympathetically consider concerns of Indian blue-collar workers.

The face-off between the armies of India and China in Dokalam is also understood to have figured at the meeting.

“Any escalation between two great powers–India and China–is potentially very disruptive for all of us. More we have a way in adressing the the issue between these two great nations, I think we will feel more stable,” he told reporters.

Gargash said he conveyed to Indian leaders that the dispute a number of Arab countries including the UAE are having with Qatar will not impact the Indian community as well as Indian interests in the region.

At the same time, he accused Qatar of attempting to destabilise the Gulf region by openly supporting extremism, terrorism and jihadist elements and said that country must abandon such destructive policy.

Asked about terror attacks on India from Pakistani soil, he said the UAE has been very vocal against such attacks and asserted that terrorism in the name of pushing political agenda cannot be tolerated at all.

He said terrorism must be dealt with firmly and all countries must come together to combat the menace, cautioning against politicisation of religion.

Gargash said ties between India and the UAE have intensified to a great extent over the last few years, adding the focus of the cooperation is now on strategic and political sphere.

Asked about investment in India from the Abu Dhabi sovereign wealth funds, the minister said a framework has to be put in place for investments.

He said both sides are working together to ensure that investments in India from Abu Dhabi sovereign wealth funds are on a solid institutional ground.

“I think we are working on this together. It will be a collective effort in order to make sure that our investments in India are on solid institutional ground,” he said.

Abu Dhabi, the UAE capital, has a sovereign wealth fund of USD 800 billion. India has been eyeing the fund, parked with the Abu Dhabi Investment Authority, for its infrastructure sector.

“We have huge appetite for India. We need a legal framework (for investment). There is a huge potential,” he said.

The minister indicated that the investments from the Abu Dhabi sovereign wealth funds will come to India through its National Infrastructure and Investment Fund (NIIF).

India is the UAEs number one trading partner and the annual trade currently stands at nearly USD 60 billion. The UAE, a major player in the Gulf region, is a strategically important country for India.