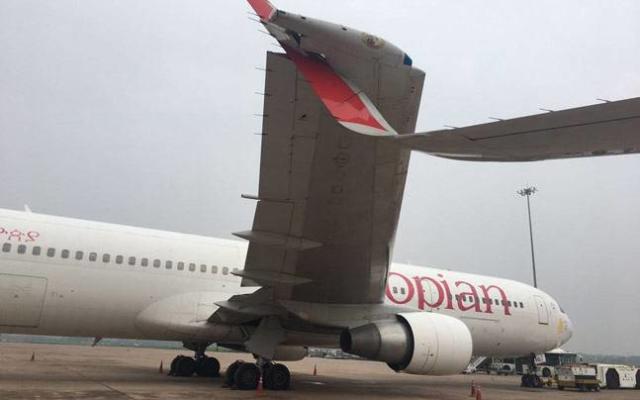 Delhi’s busy Indira Gandhi International airport witnessed yet another close shave when wings to two passengers jets collided. No injury was reported in the incident which took place at about 2:25 am on Wednesday.

An Ethiopian airline plane was stationed at parking bay No. 87. When it was being pushed back by a tractor, the wings of the plane collided with an Air India aircraft parked nearby.

“We flew substitute aircraft to continue with flight service for valued customers. Apologize to passengers on the flight,” Ethiopian Airlines said in a statement.

The Air India official said the national carrier will be claiming damages from Ethiopian Airlines.

Luckily, engines of both the jets were shut off which prevented any major damage to the planes.

The Directorate General of Civil Aviation (DGCA) has ordered a probe into the incident.